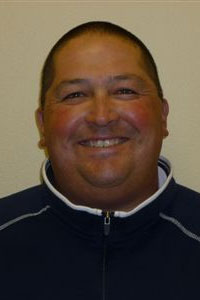 PGA Head Golf Professional John Kawasoe started his career at AGCC in 2002. John is a native Oregonian, born and raised in Portland. He attended Grant High School where he was an All State football player and golfer. John attended Boise State University on a golf scholarship and was a four year letterman. He was an All Big Sky Conference player his sophomore through senior year. John graduated in 1989 with a Bachelor of Science degree in Communication.

John turned professional in 1991. He played various mini tours for two years before giving that life up to become a Club Professional. He started his Club Pro career at Angel Park Golf Club as an Assistant Pro. He then moved to Springhill Country Club in Albany, Oregon in 1994. He became the Director of Golf at Mallard Creek in Lebanon, Oregon in 1999.

In 2010, John was the Oregon PGA Teacher of the Year. John is the proud father of Katy and Carson. Both of John’s kids love golf and developed into good players.

John brings a very friendly and welcoming attitude to AGCC.  Like he always says to each member as they tee off, “Play well and Have Fun”.